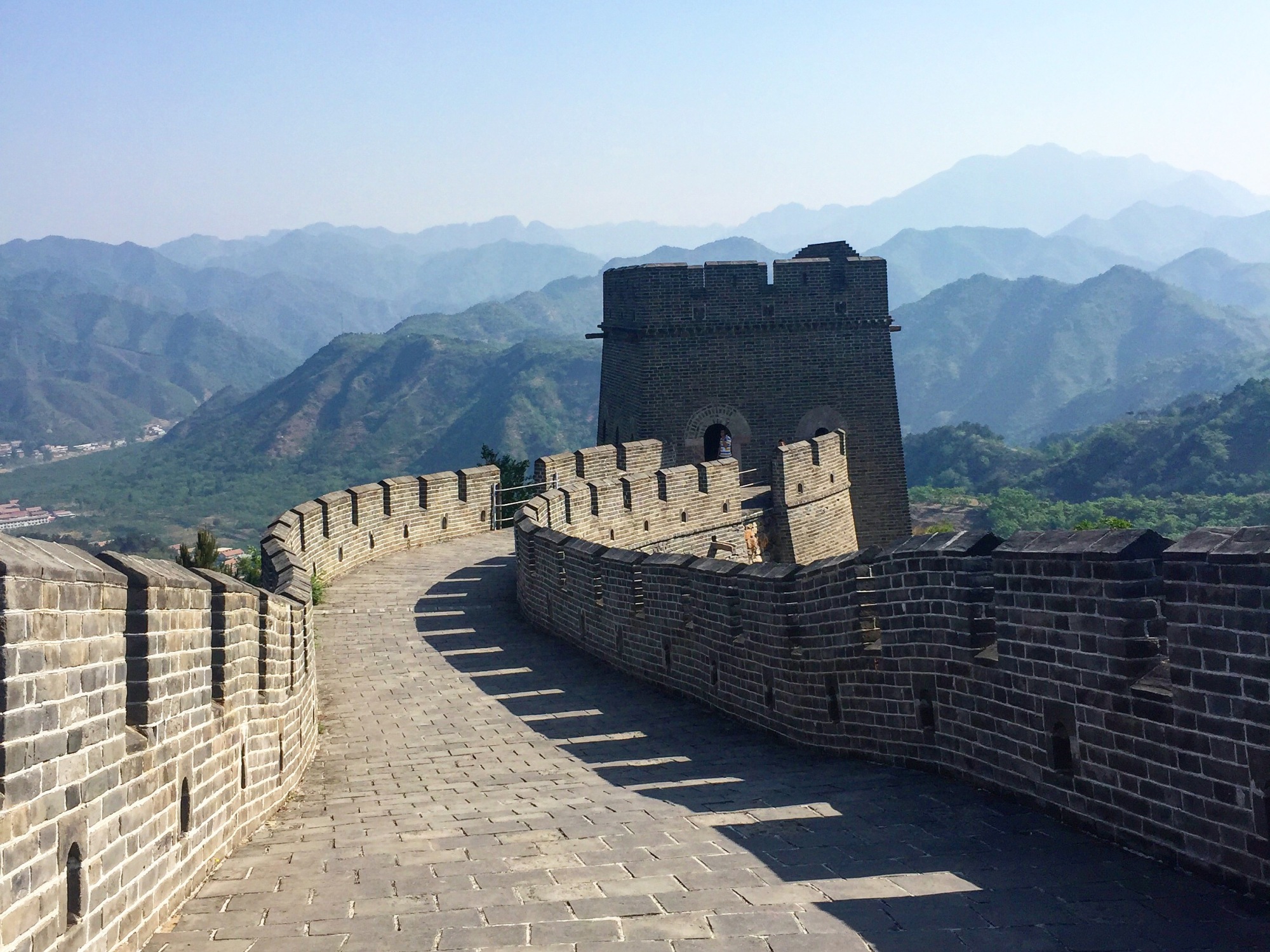 About half a year ago we signed up for a race near Beijing. Approximately 4k/21k of the race was supposed to be on the Great Wall of China and the rest was on roads and through villages. Having walked the great wall last year I thought it sounded like fun to do a race that included such an iconic structure as part of the course. We also had a very narrow window to accomplish this feat as all foreign participants are required to purchase a tour package to participate while residents can simply pay the race entry fee. Fourtunately for us we would still be considered residents through the end of May. Not wanting to be left out, David decided to join his first half marathon ever and my training buddy Li also planned to join the race.

We opted to stay within walking distance of the race course which would save us needing to board a bus at 3:30am to drive from Beijing to the actual course which was in the north part of Tianjin. As a result we spent the better part of Friday on a train (5:30 hours) and in a van (2:45 hours) to reach our hotel for the evening.

We had a quick survey of the starting area so we would know where to go the next morning followed by a meal in a local restaurant before making it back to our rooms around 8:30 for sleep. 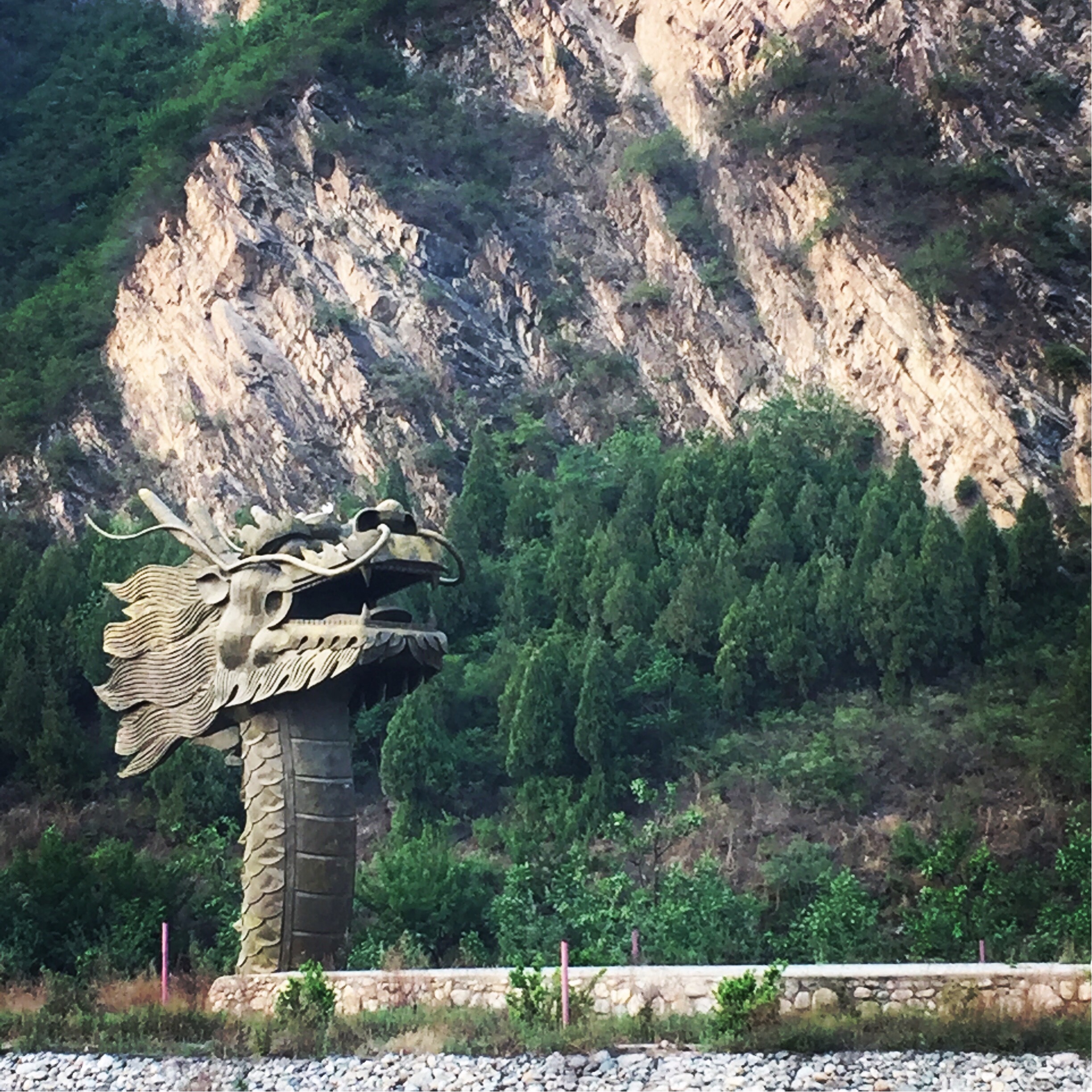 The following morning we made our way to the start line to catch up with some friends we made in Wuxi and watch the starting festivities.

We also partook in the singing of Christmas carols such as jingle bells…because it is such a popular song I guess?

The run started off more or less normal: through a start gate, onto paved road, runners tripping over each other because the people who started in the front didn’t want to go as fast as the rest of us for some reason, 78 degrees and climbing at 7:30 am…I thought taking a high speed train 5.5 hours north was supposed to reduce the temperature. Apparently I was mistaken, but I digress. After about 5 minutes all similarities to the other 13 half marathons I have run to date disappeared as we started to climb a mountain…for the next 5 kilometers.

Mile 1 & 2: Hey this hill isn’t so bad…I’m under 10 min/mile, but I already lost my husband and my running buddy. I wonder where they went…

Turns out David managed to run the entire first 3 miles up the hill, but he still did not make it up as fast as I did. Let’s call that a wash. Li, I later found out, abandoned me for a bathroom break in which she had to ask a local person to let her use the toilet in their house.

You are then greeted by a stately looking statue before entering what one fellow runner affectionately referred to as “the stairmaster on the surface of the sun” a.k.a. The Wall. 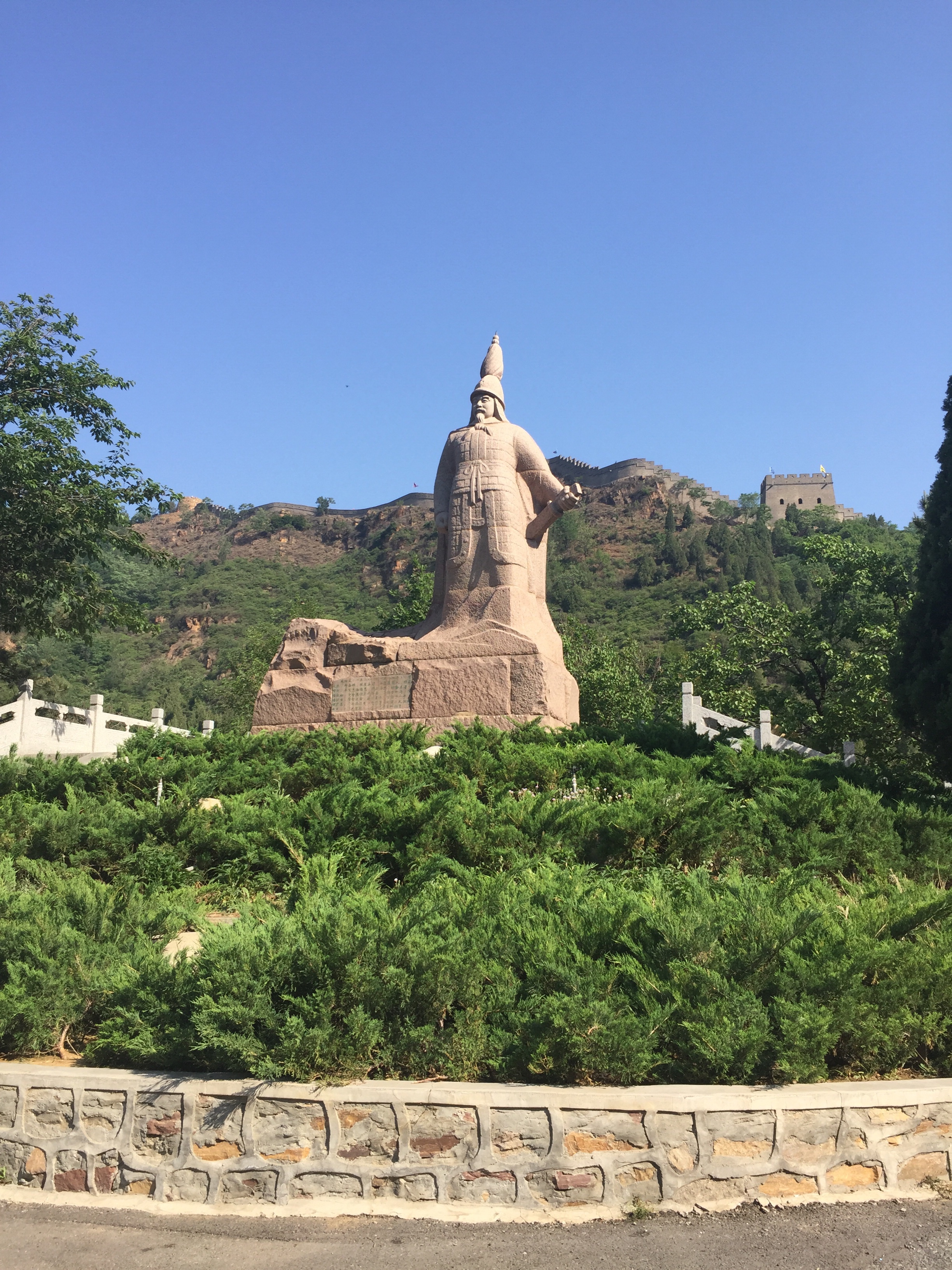 Mile 3: Sweet grandmothers spatula! and a much more colorful string of expletives… 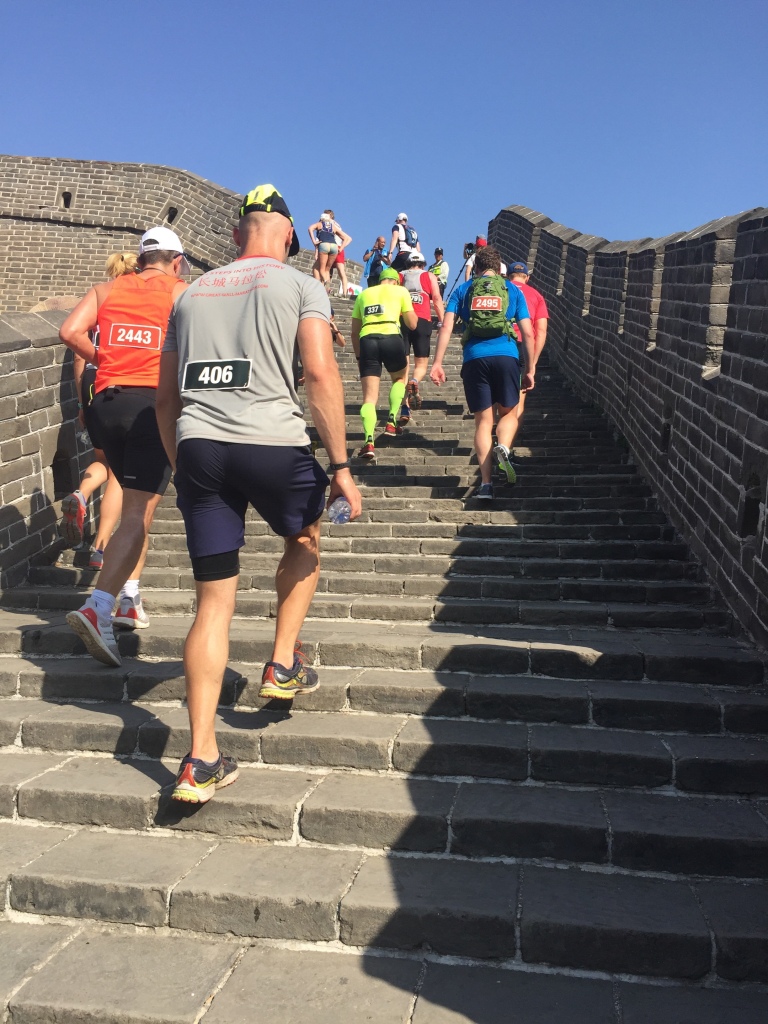 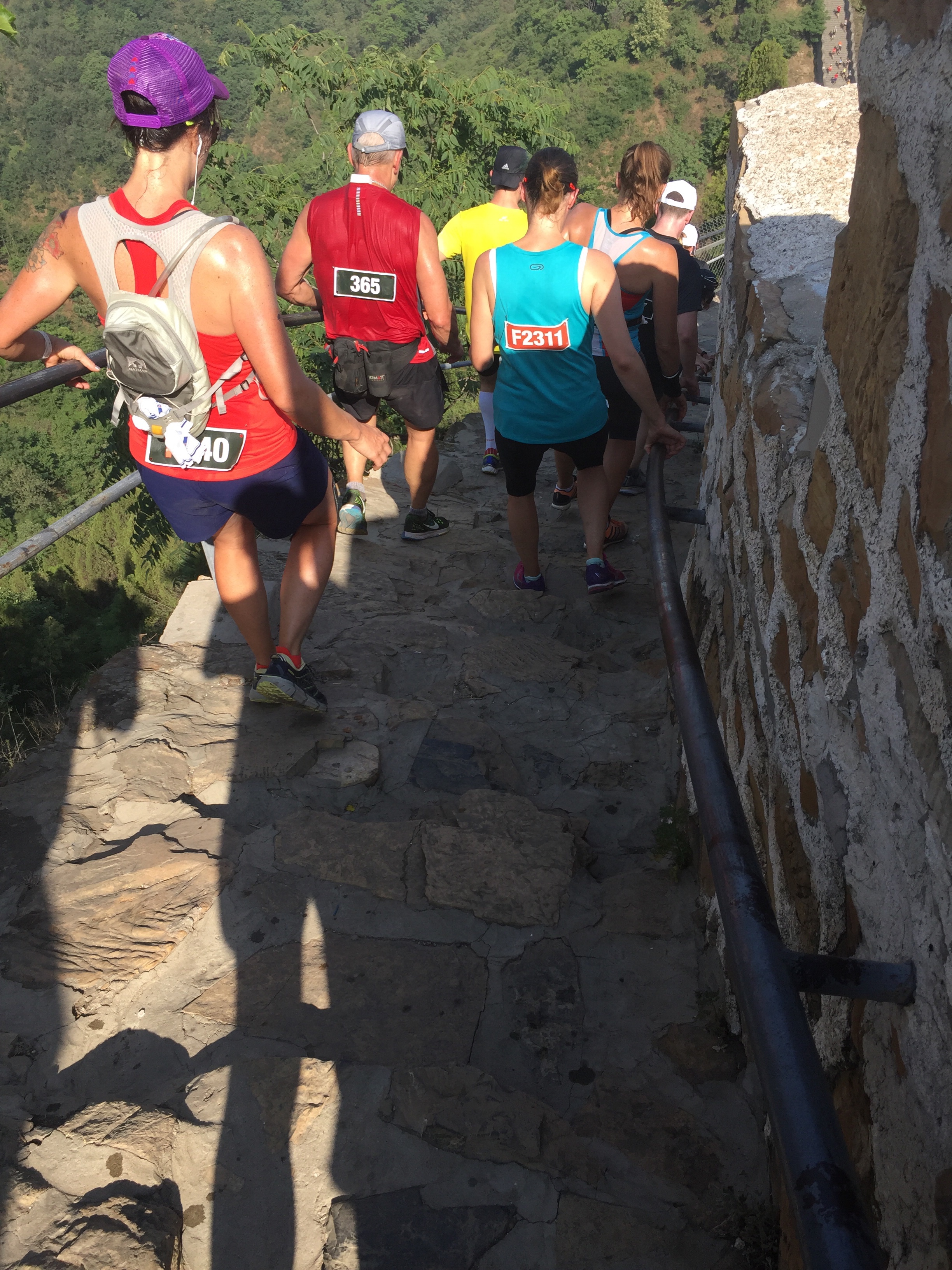 Mile 4: Well it’s kind of fun when you shuffle DOWN the stairs. 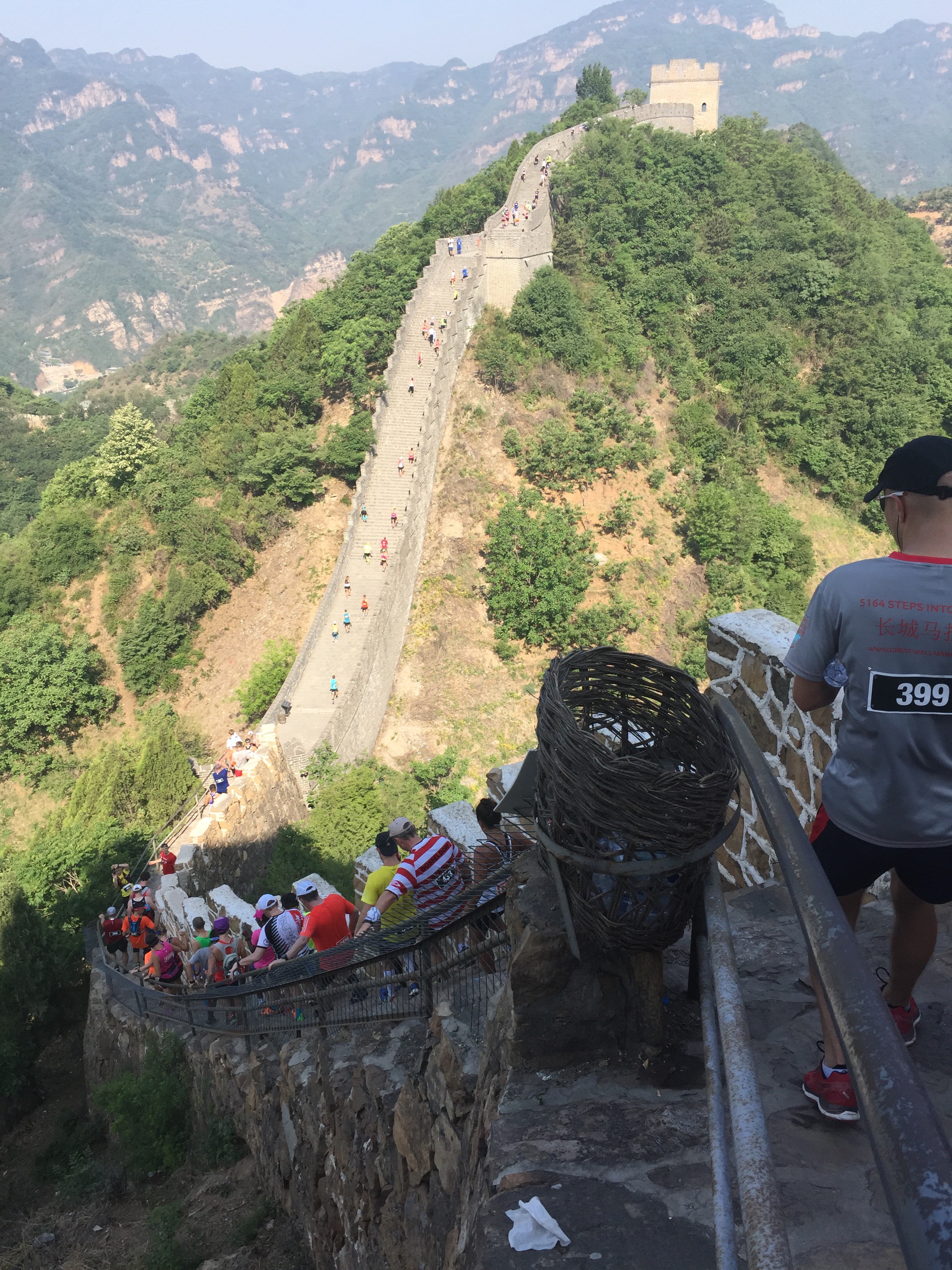 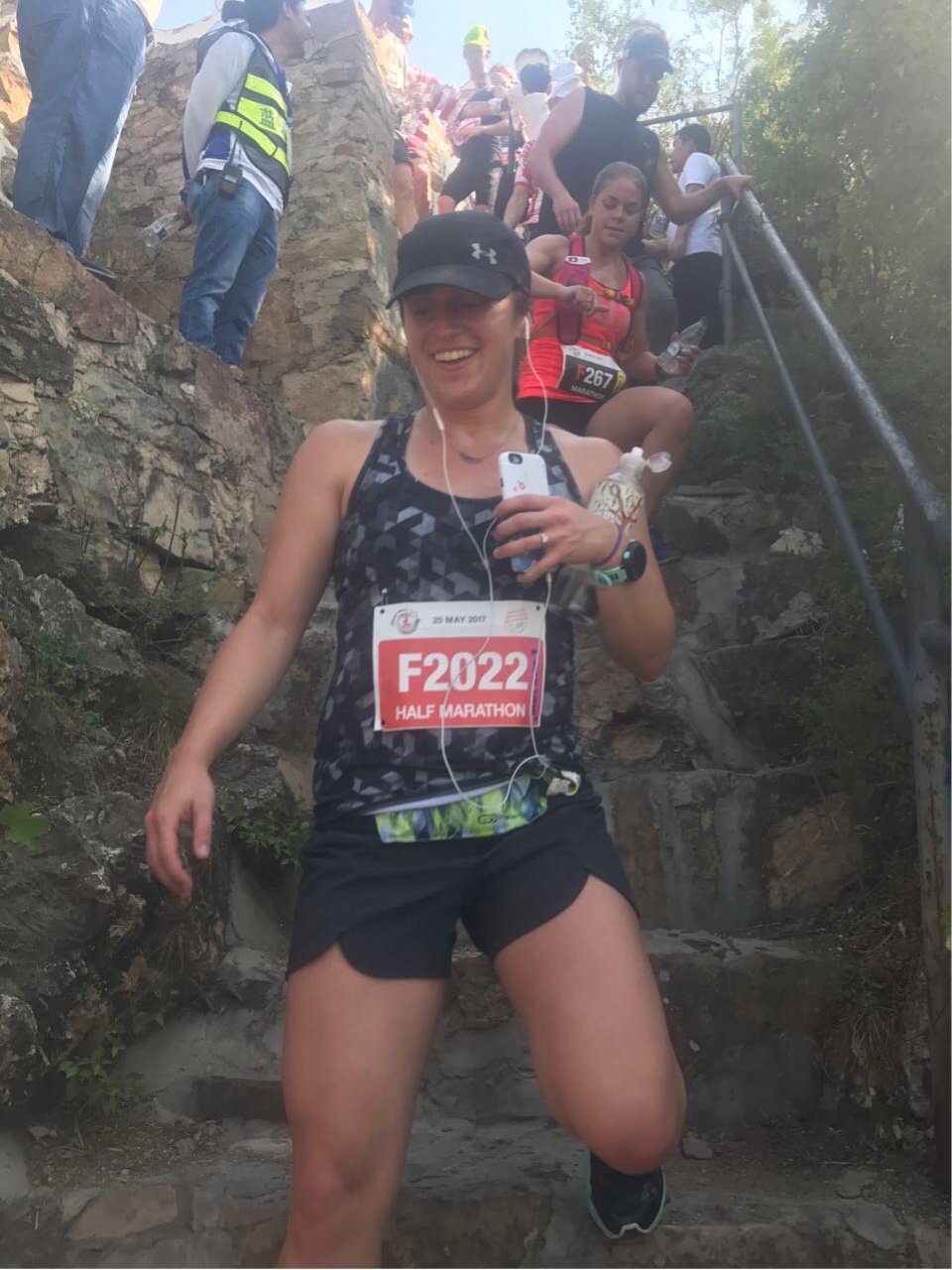 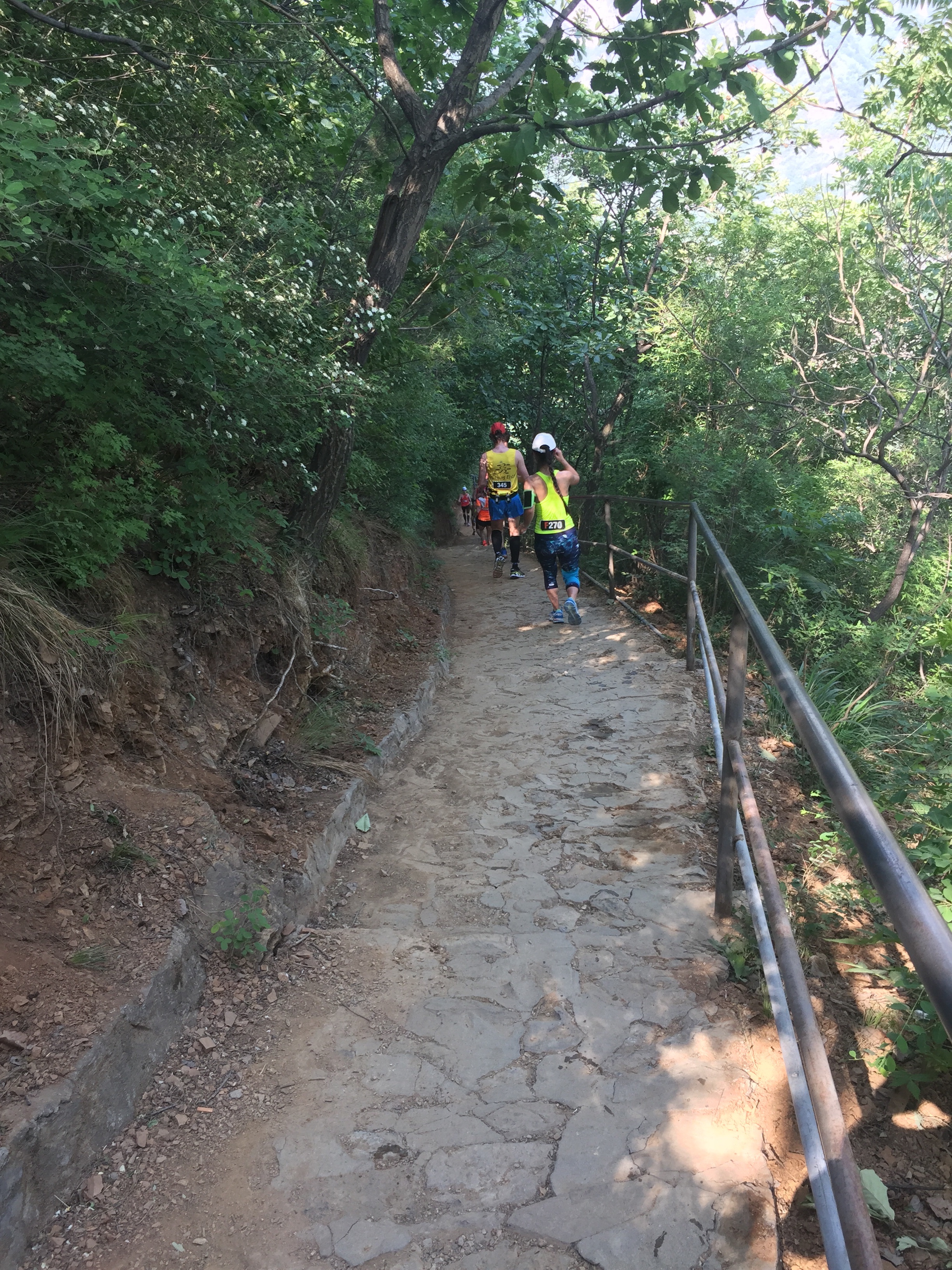 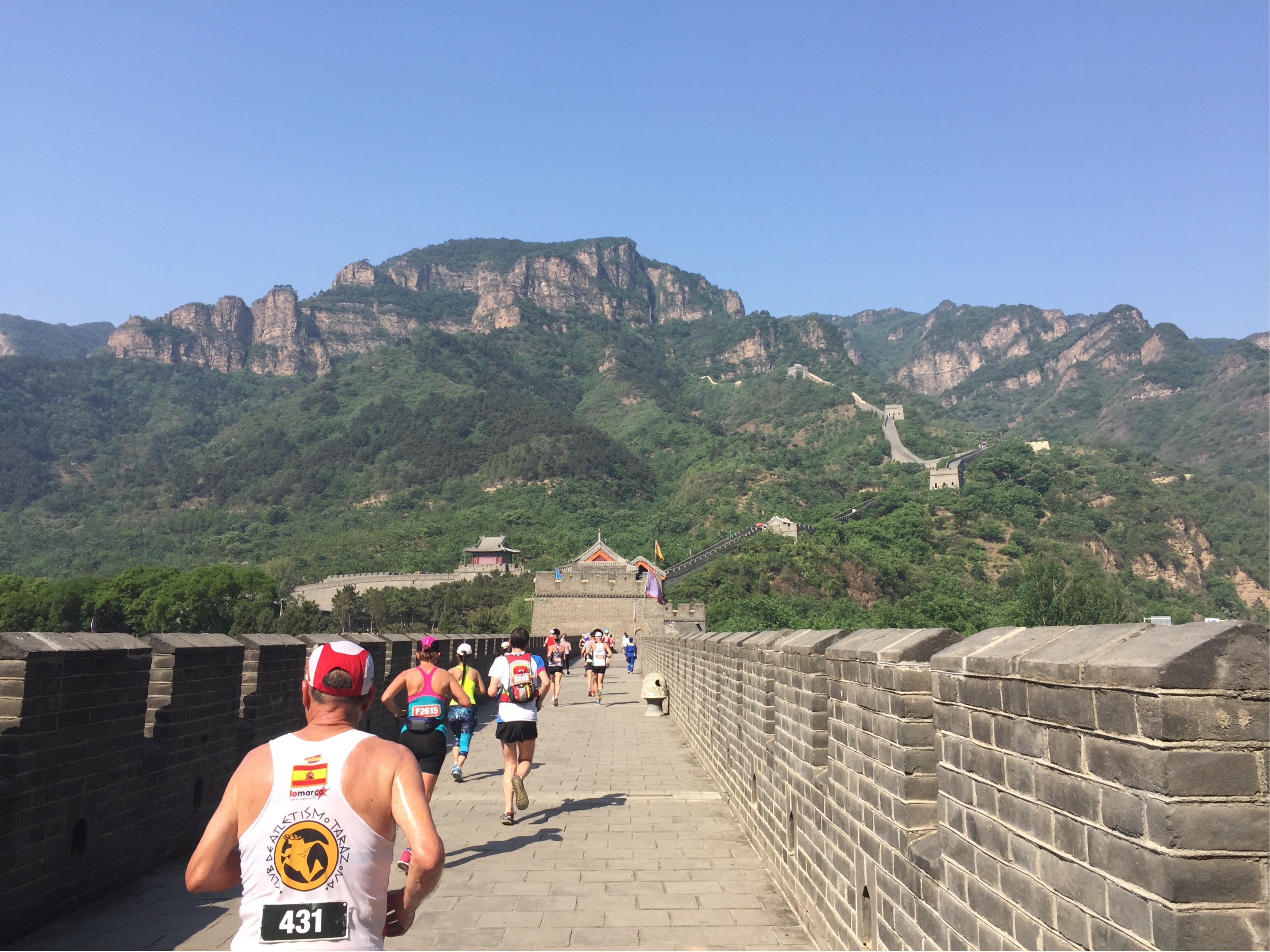 Mile 6: I thought running was going to get easier when it got flat. At least there’s someone I know and can talk to for a bit while we play run/walk leapfrog…

Mile 7: Oh good, another person I know, let’s try to talk to them for a bit to distract myself from the fact that I’m still running. 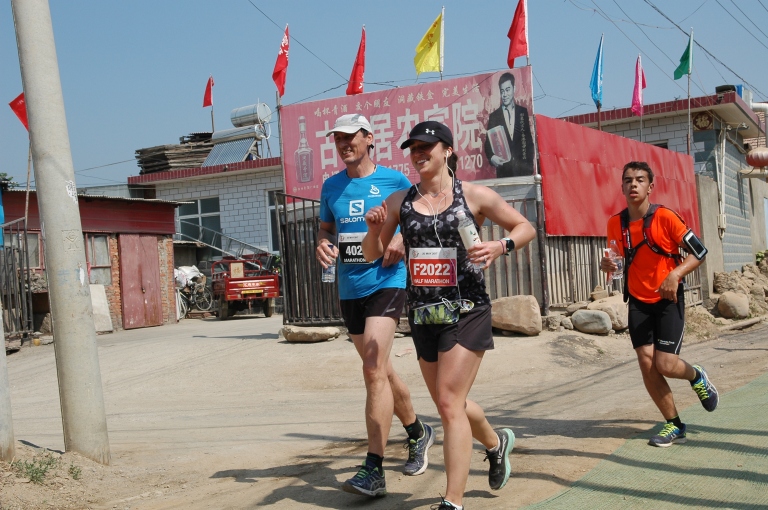 Mile 8: I did not realize that we were going to be running through dirt for extended periods of time. I’ve lost my marathon friends, my shoes are filthy, and now there’s a rock in my shoe! 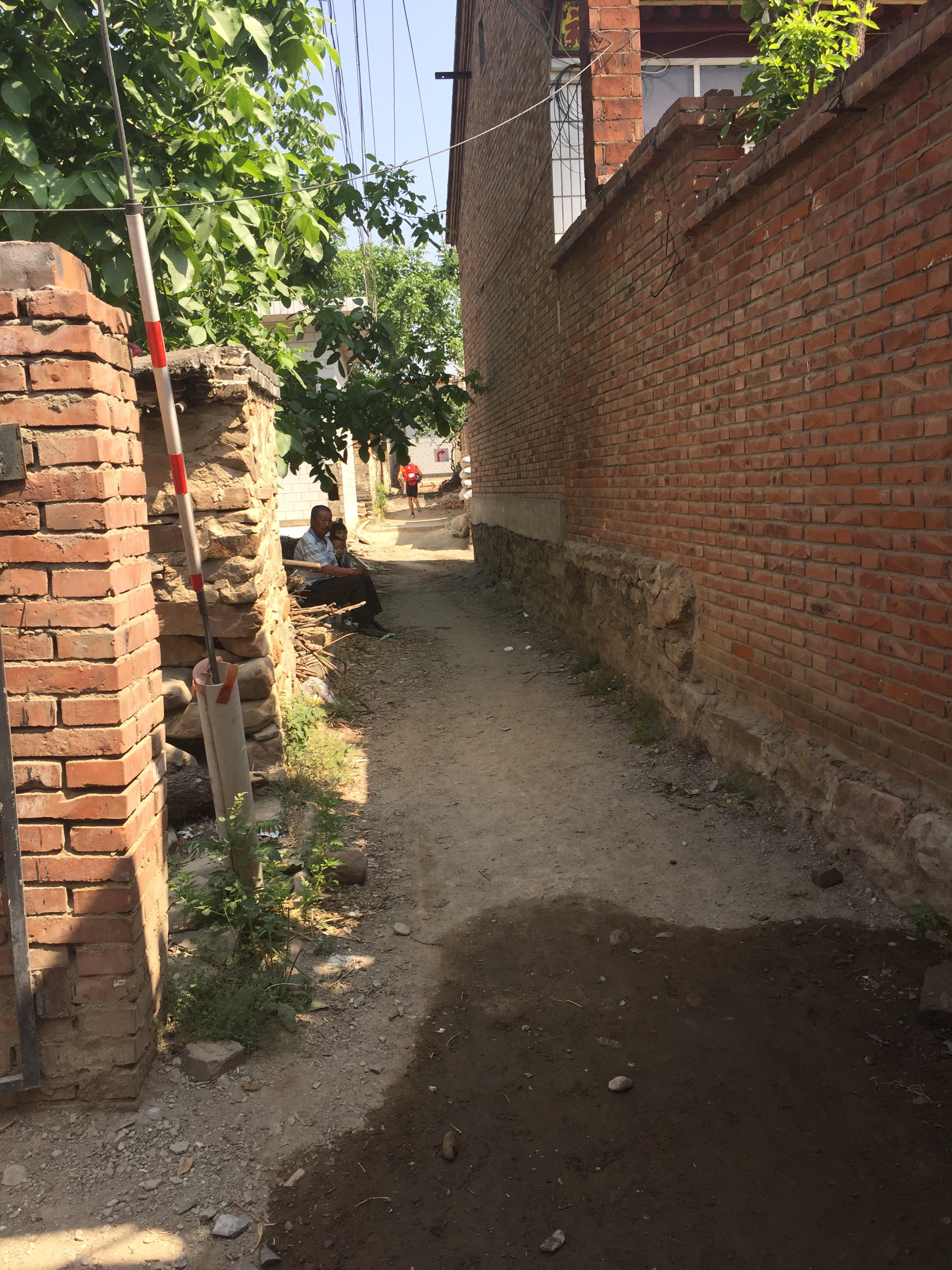 Mile 9: Seriously, this should be advertised as a trail race. I should slow down. I don’t want to twist my ankle or something this far in. Safety first and all…

Mile 10: I guess I can jog a little too, because its starting to get hot out and I am afraid my skin might melt off.

Mile 11: Bathroom break! I should be able to run the rest of the race after this, right?

Mile 12: Nope. Pretty much only walking at this point…I don’t even care if David catches up and overtakes me at this point.

Mile 13-13.1: Gotta run the last tenth of a mile, they’re surely taking pictures of the finish and David hasn’t passed me yet… 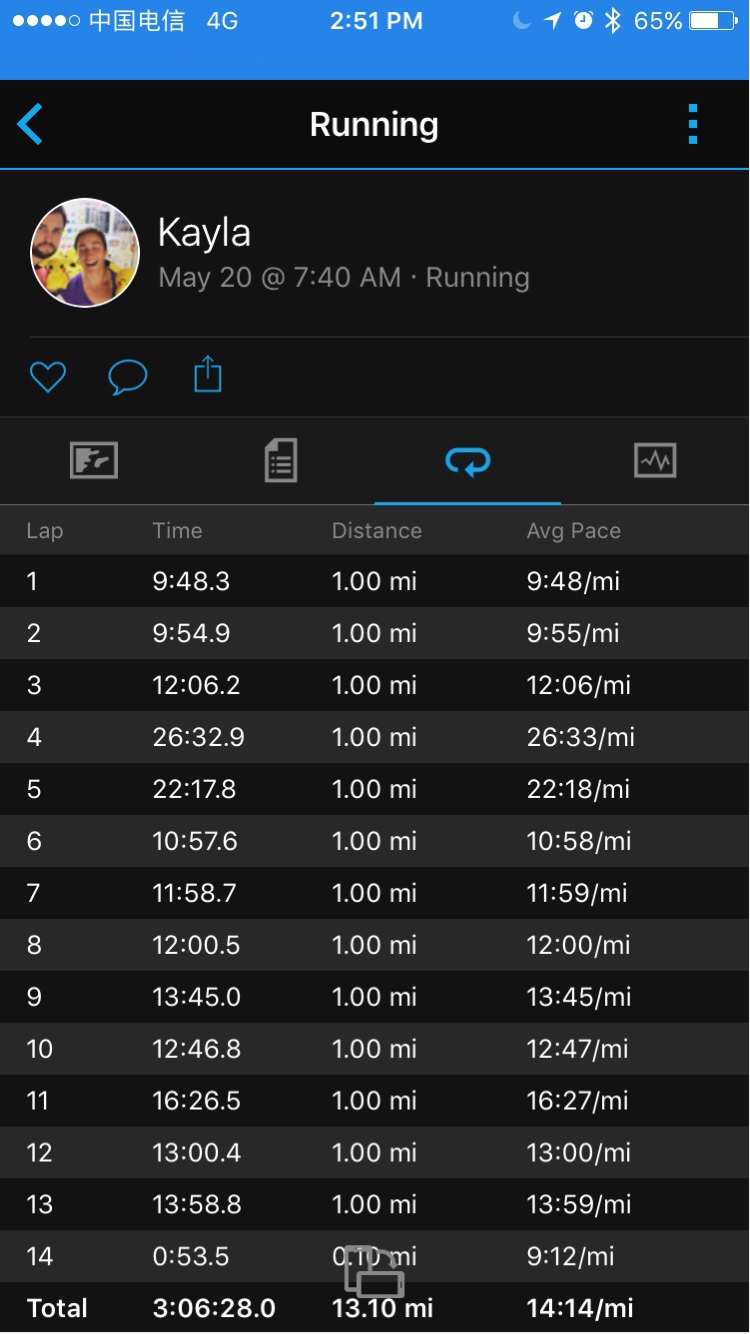 The race provided buses back into the city, so 3+ hours after showering and eating our free subway sandwiches we sat in the nicest most mercifully air conditioned bus any of us has seen… 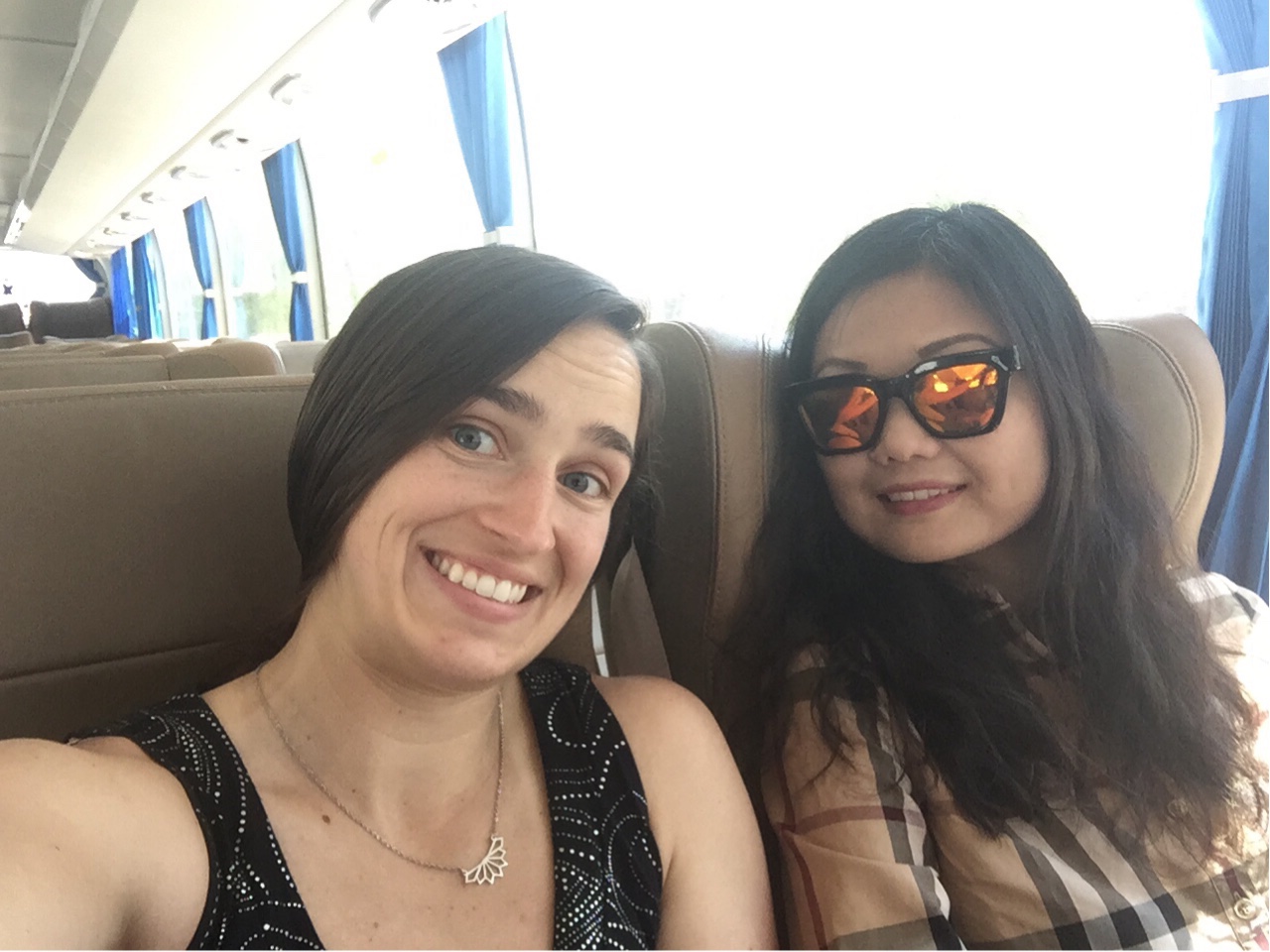 Of course, when one is in Beijing one must eat Beijing Duck. We stayed near Wangfujing again for convenience and tried a new restaurant, DaDong, which came recommended by multiple Chinese friends. It did not disappoint. This is one of the food dishes I think I will miss the most from China…delicious delicious duck… 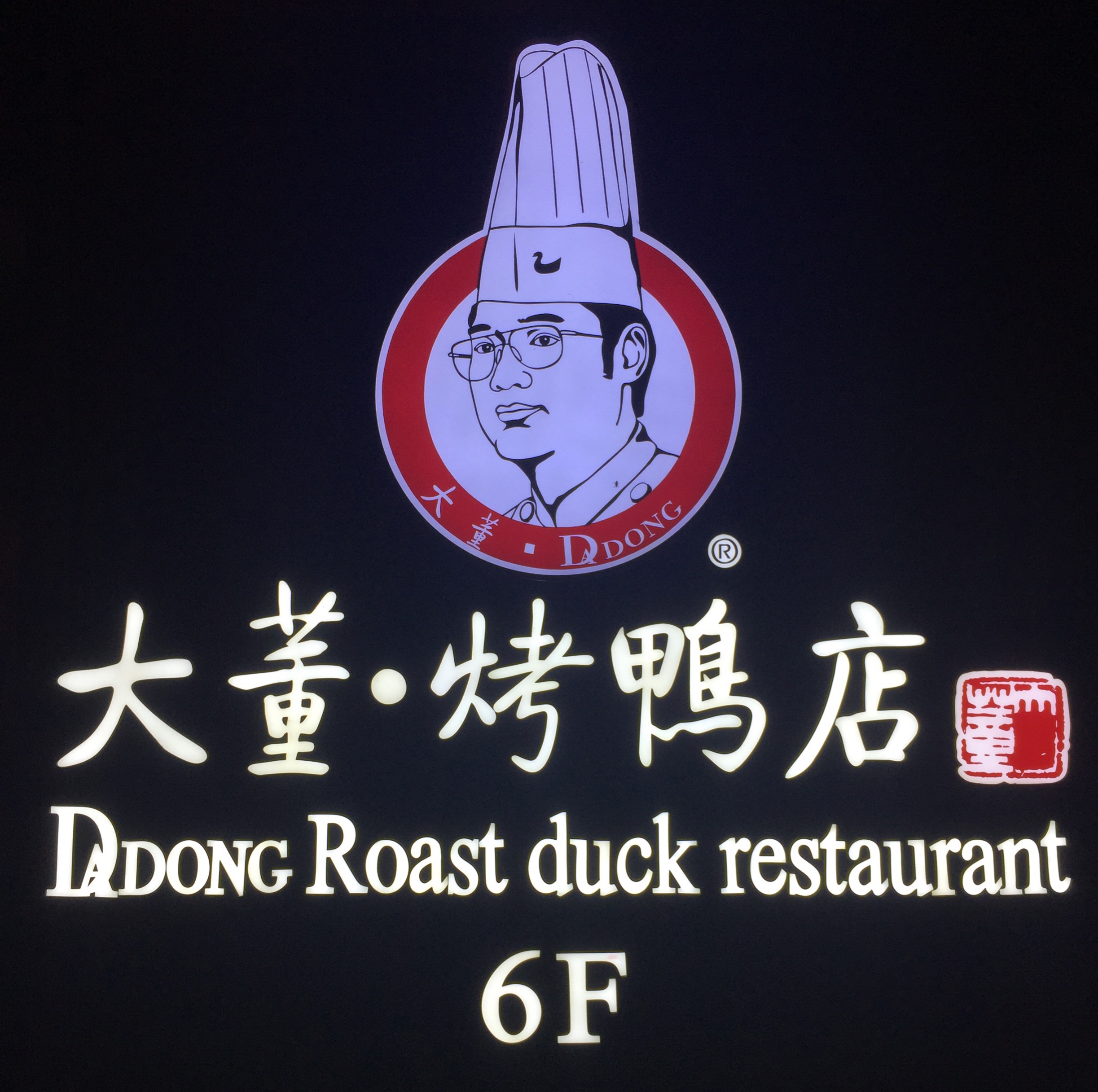 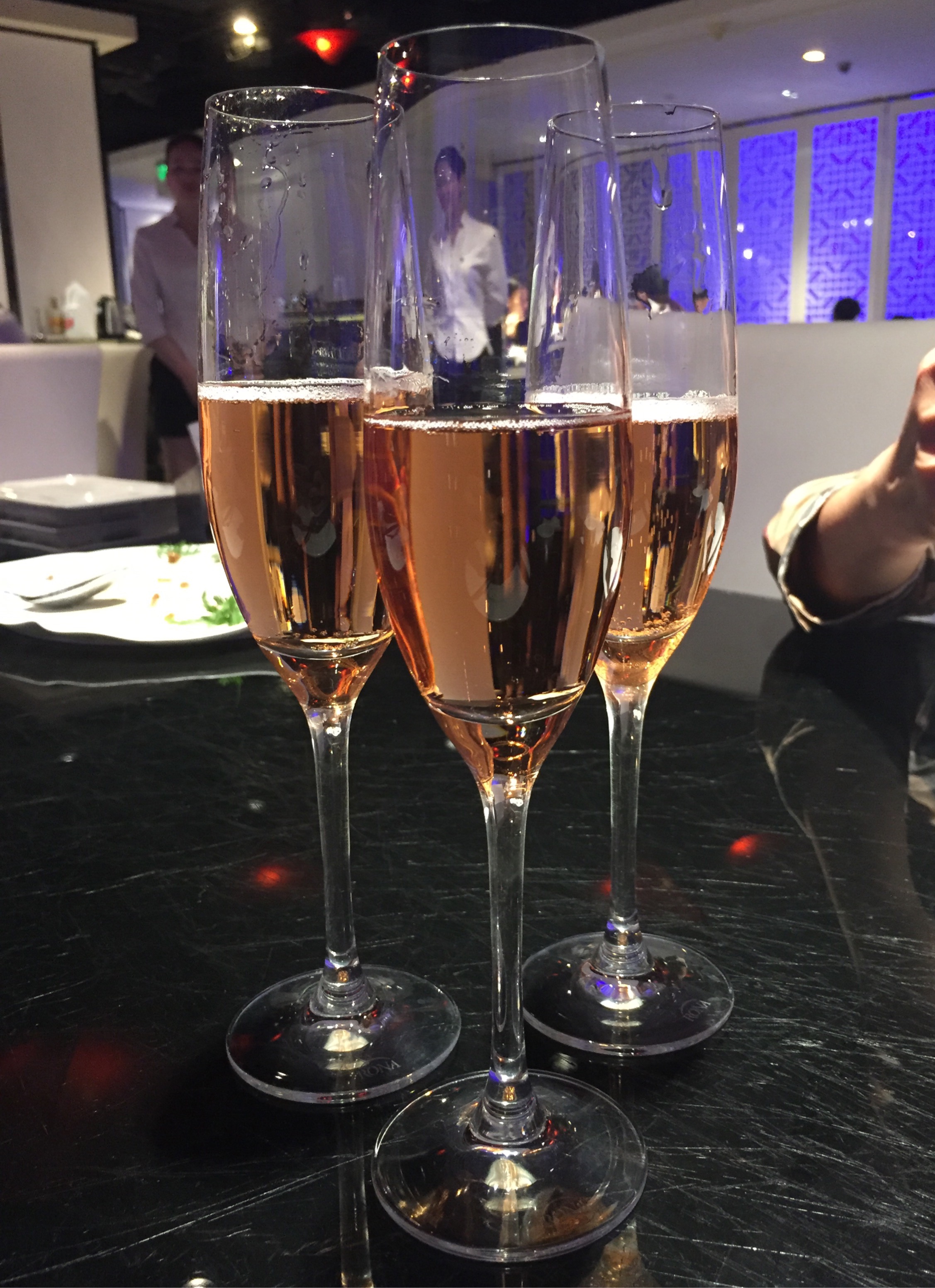 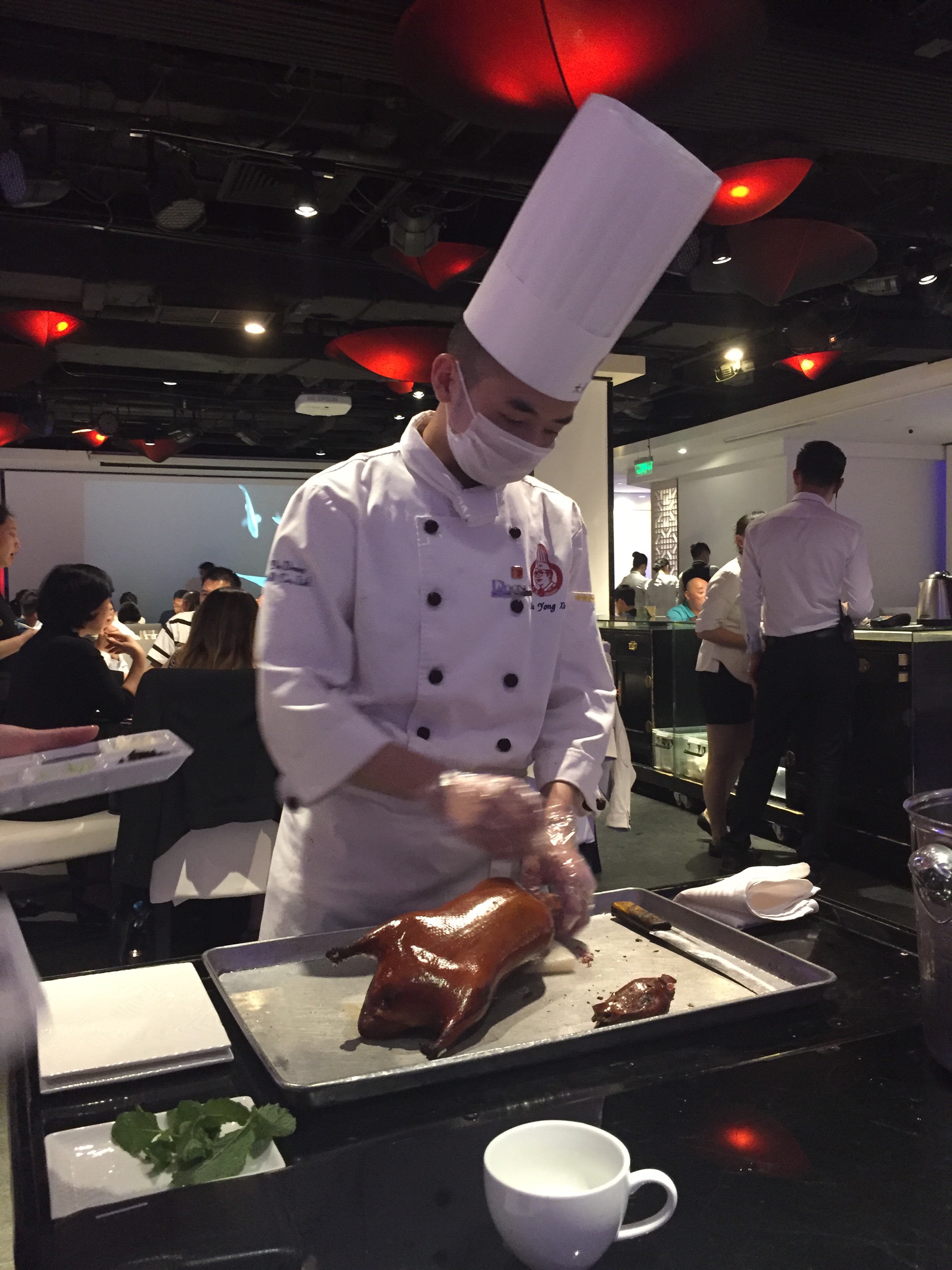 We did not make it long that night before, fed and exhausted, we walked back to our hotel and promptly fell asleep. The next morning was mostly uneventful as we had booked an early afternoon train, so we had time to get a good nights sleep in before grabbing some breakfast and starting our journey home.

A heroic second place title for today’s post, “Sore Knees and an Angry Wife,” was brought to you by none other than David himself. By now I imagine you have a good understanding of the sore knees part, but allow me to summarize the “angry wife” part briefly:

We built in enough time to get to the train station for a quick lunch and David, having, left his water behind, decided to find another one before the train left. He left us to finish our drinks and just a few minutes after we left the restaurant our train was announced for boarding. We walked to the gate and the normally large boarding line was nowhere in site. Clearly most people had entered the platform at this point, so I sent David a text saying we would just go through and meet him there (assuming it was even possible he had already boarded).

9 minutes later with no response and 30 seconds before the train was scheduled to leave the station my phone call finally went through and he said “I’m on my way, I’m almost there.” Almost where you might ask? Almost to the platform, almost to the train, almost to his seat? Turns out it was almost to his seat as he had realized his predicament and wisely got on the train 10 cars back to ensure he was on it before it started moving. He insisted he had been on the train for a full 6 minutes and decided to answer the phone at the last minute to ensure I didn’t jump back off the train and wait for him. I however entertained no such notion and was fully prepared to leave him there to his own devices. After all, how else will he learn?

In another interesting turn of events about an hour from Suzhou our train was struck by a bird so hard it cracked the front windshield of the train and they had to send another 13 car high speed train to rescue us all. The fact that this only delayed our entire journey by a single hour was quite impressive. One wonders where they are keeping these spare trains though.

Overall I can safely say this was a “once in a lifetime” race, thought now four days later I can’t help but entertain the possibility if it presents itself in the future. Running is funny that way. I think I’m addicted…

2 thoughts on “Half Marathon: Great Wall of China Edition”