For an impromptu adventure to welcome in 2017 we took a quick trip to Singapore to accomplish two very important tasks: see the new Star Wars prequel “Rogue One” and catch up with our friend Serene. This getaway was equal parts leisure and adventure so we only caught some of the sights that Singapore has to offer. Our first day was quite eventful, we went to see Star Wars and met up with Serene for a delicious dinner at an open air food market. On the menu was BBQ stingray, a giant prawn, satay, chicken wings, and many different chili sauces. 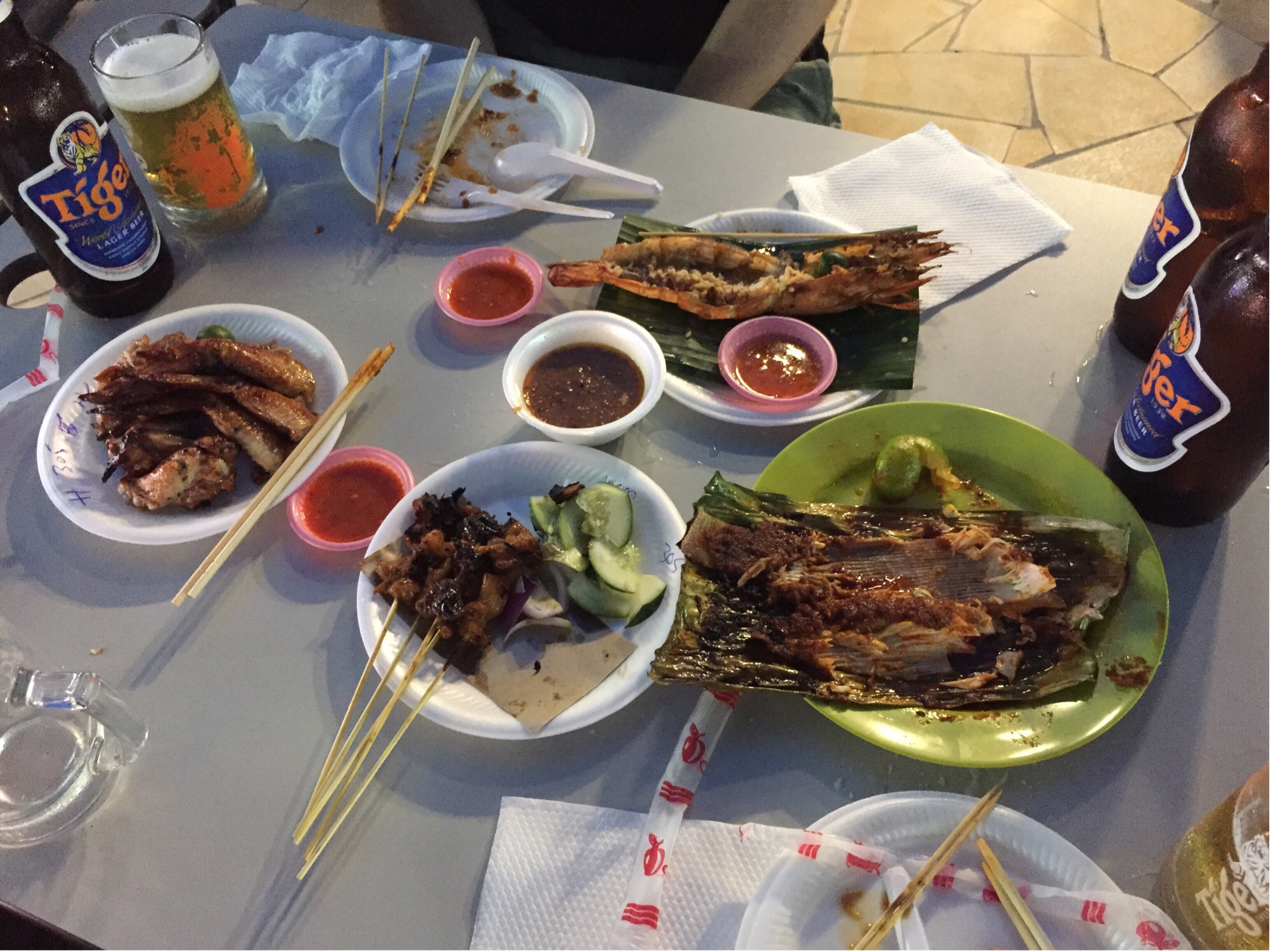 Since we arrived on New Year’s Eve Serene and I decided to forgo our old lady tendencies and take a hike up to the 52nd floor of one of the swankiest hotels in Singapore, the Marina Bay Sands. For a hefty cover charge and a minimum spend limit we were able to enjoy a beautiful view for the new year. As it turns out $25 (SG) is a pretty average price for a drink anywhere in Singapore, so it did not take long to hit that minimum spend limit for New Years.

We stayed in the Chinatown section of the city/island and felt right at home with a majority of the residents speaking Chinese all around us. We visited the national museum of Singapore which has some really nice displays depicting the history and development of the country and we learned a lot about how Singapore transitioned from a Malay kingdom through British occupation to a sovereign country. After the British failed to defend the country from the Japanese army a great sense of national pride developed among the residents. It was not too long after their liberation from Japanese occupation that the country became a sovereign nation. The museum itself was really well done we thought and worth a visit if you ever find yourself in the neighborhood. We also had a chance to visit MacRitchie Reservoir for a sweaty day of hiking and a cool tree top walk. It was a bit too hot for us overall, but it was nice to spend some time in nature with fresh air and some monkeys. After all, we needed to to build up our appetite… 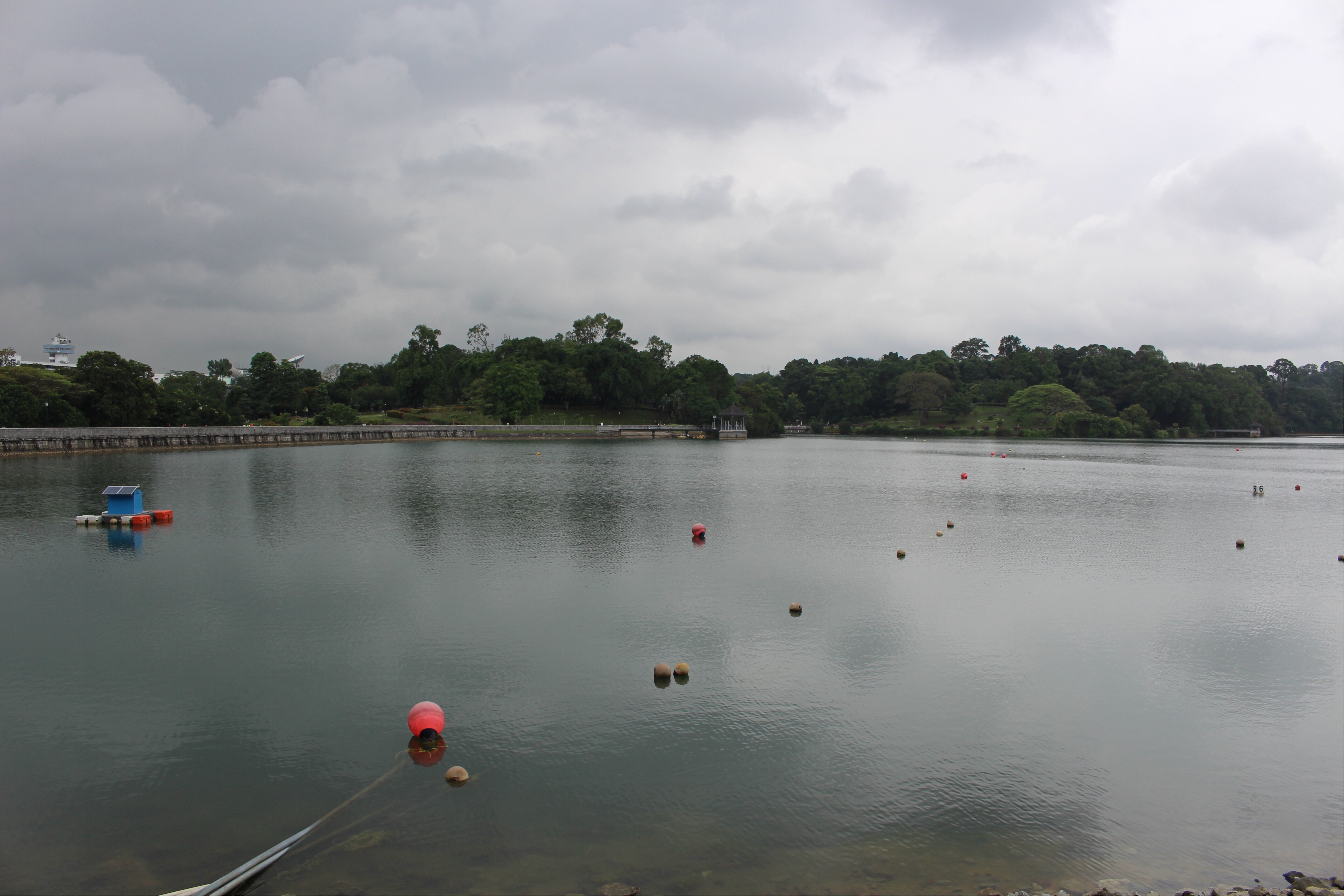 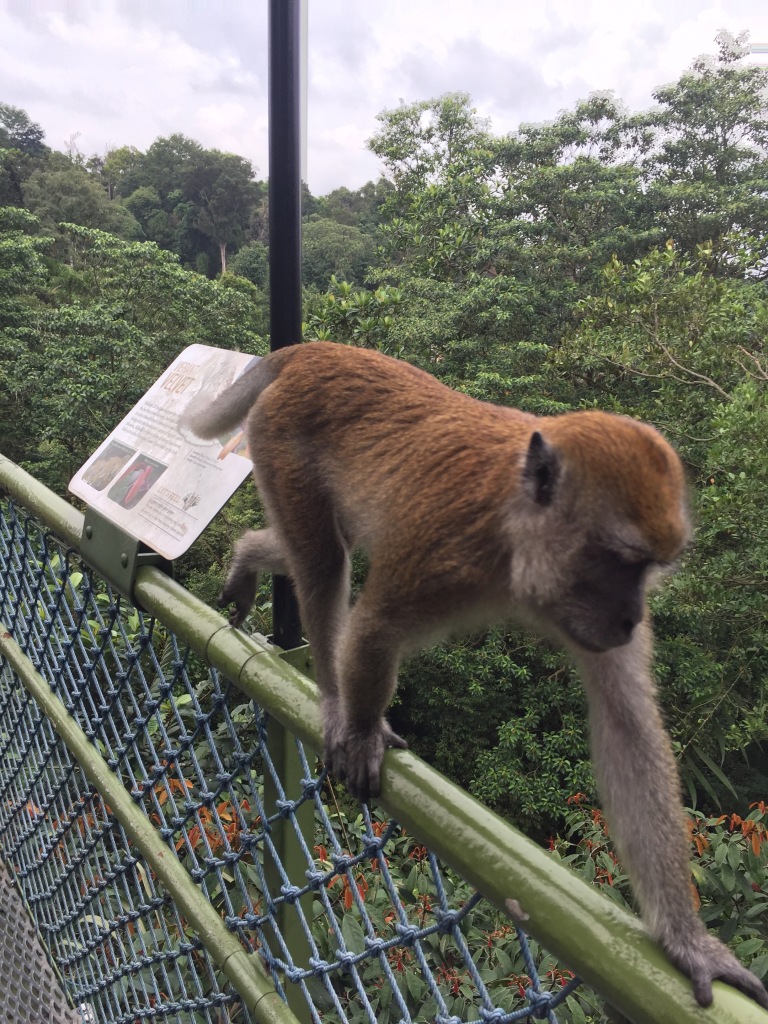 I have decided David is the monkey whisperer particularly based on his exploits in Bali. Wherever he goes they seem to appear, which means they are starting to follow me around now too.

After we got good and sweaty and hungry it was time for the Serene food tour. Spoiler alert, the food in Singapore is AMAZING! They have a Chinese-Malay fusion type food developed by the Malaysian or straights born Chinese which they call Peranakan. On the Serene food tour we got to try some Laksa which is a spicy soup with cockles in it. It is incredibly delicious, you should go out and find some now. I’m serious, why are you still reading this? Next we tried some Peranakan food including Kueh Pai Ti (almost like a deep fried dumpling with shrimp in it), stir fry squid with spices and squid ink, and a very delicious chicken dish. Finally we finished the evening with some “cheap” $11 beers. 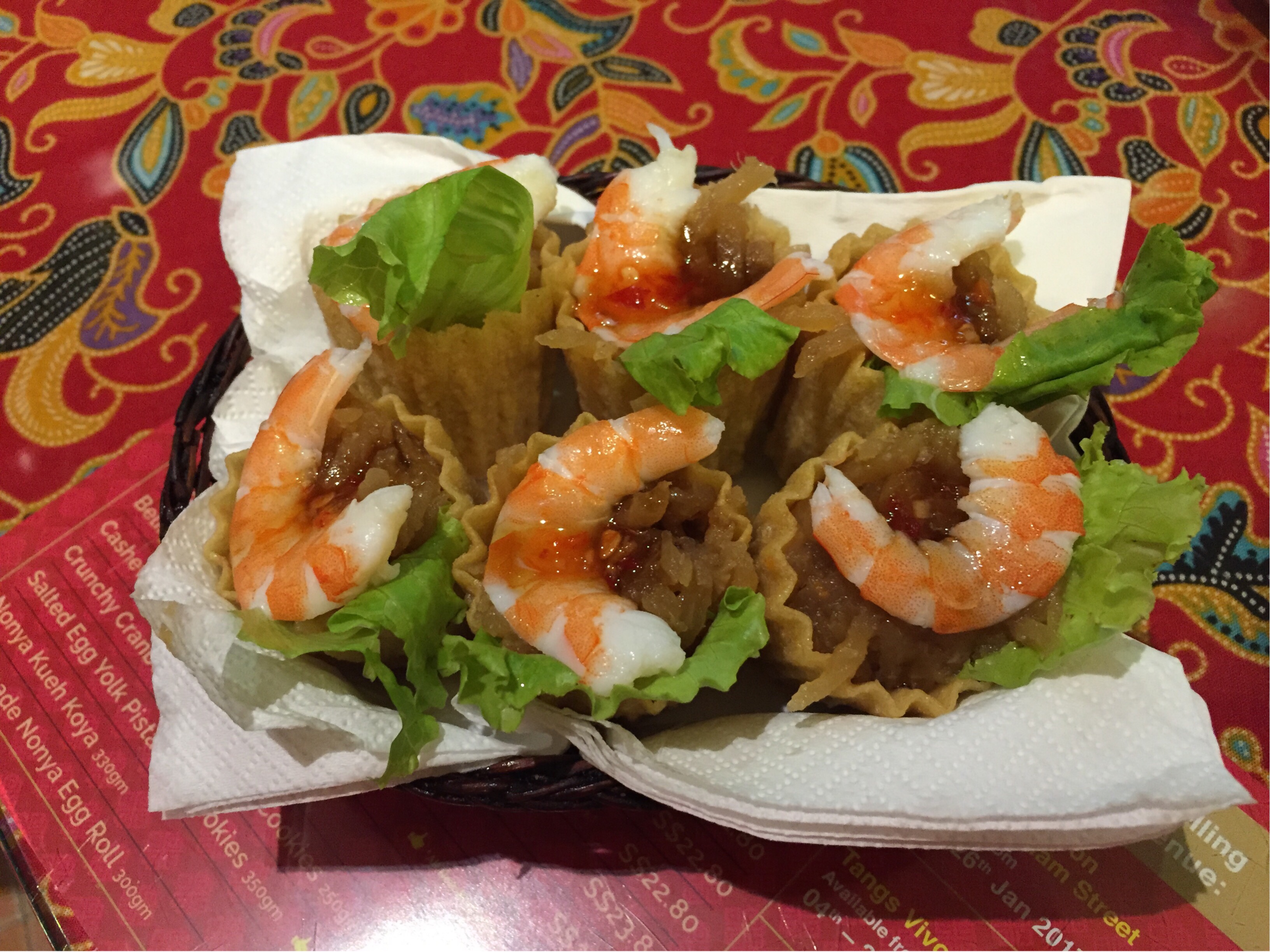 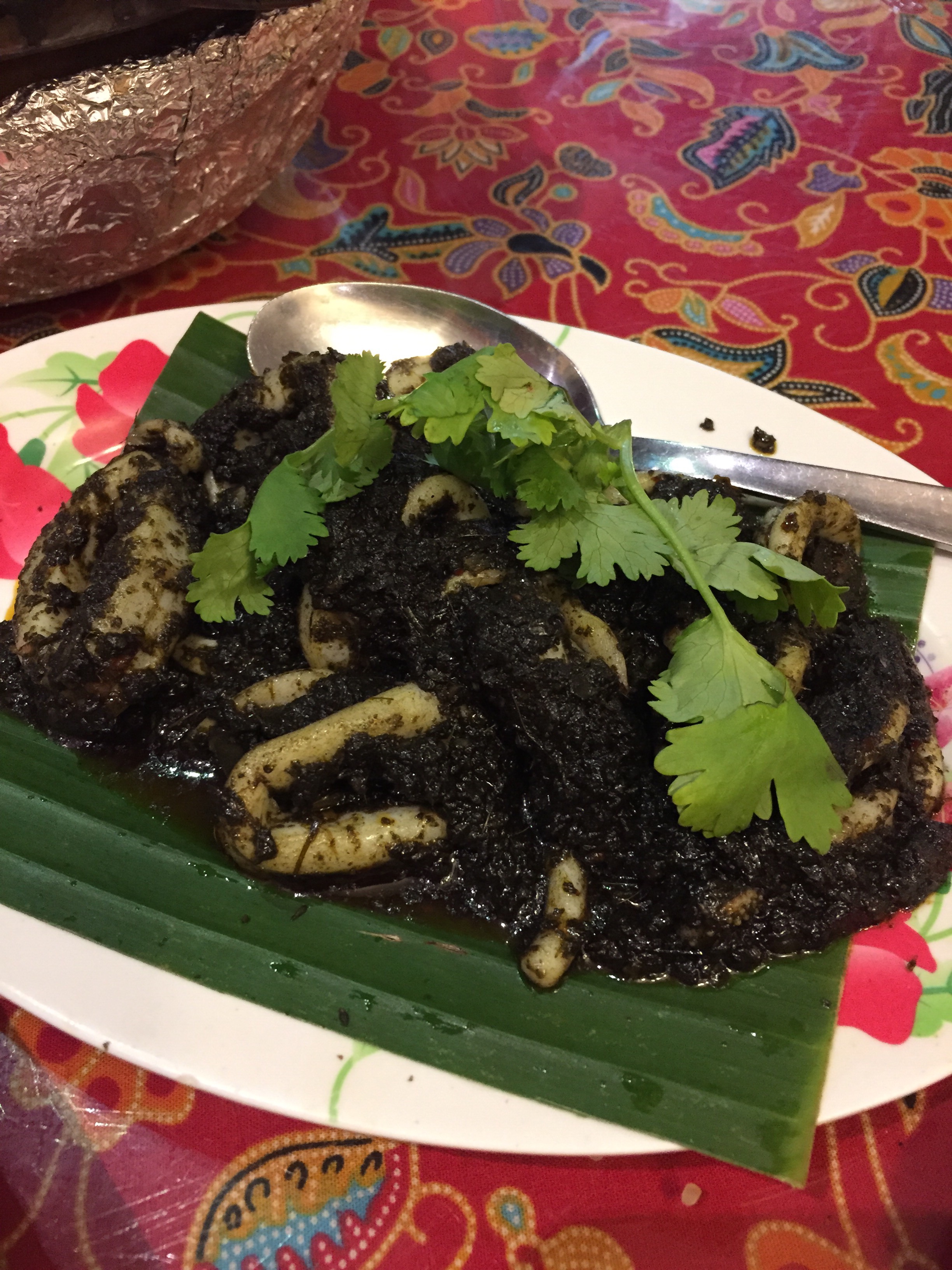 After our food tour we went for a walk and checked out some of the old Peranakan houses nearby which are very pretty and, as Serene explained to us, super expensive to own. They make for a nice post dinner stroll though! 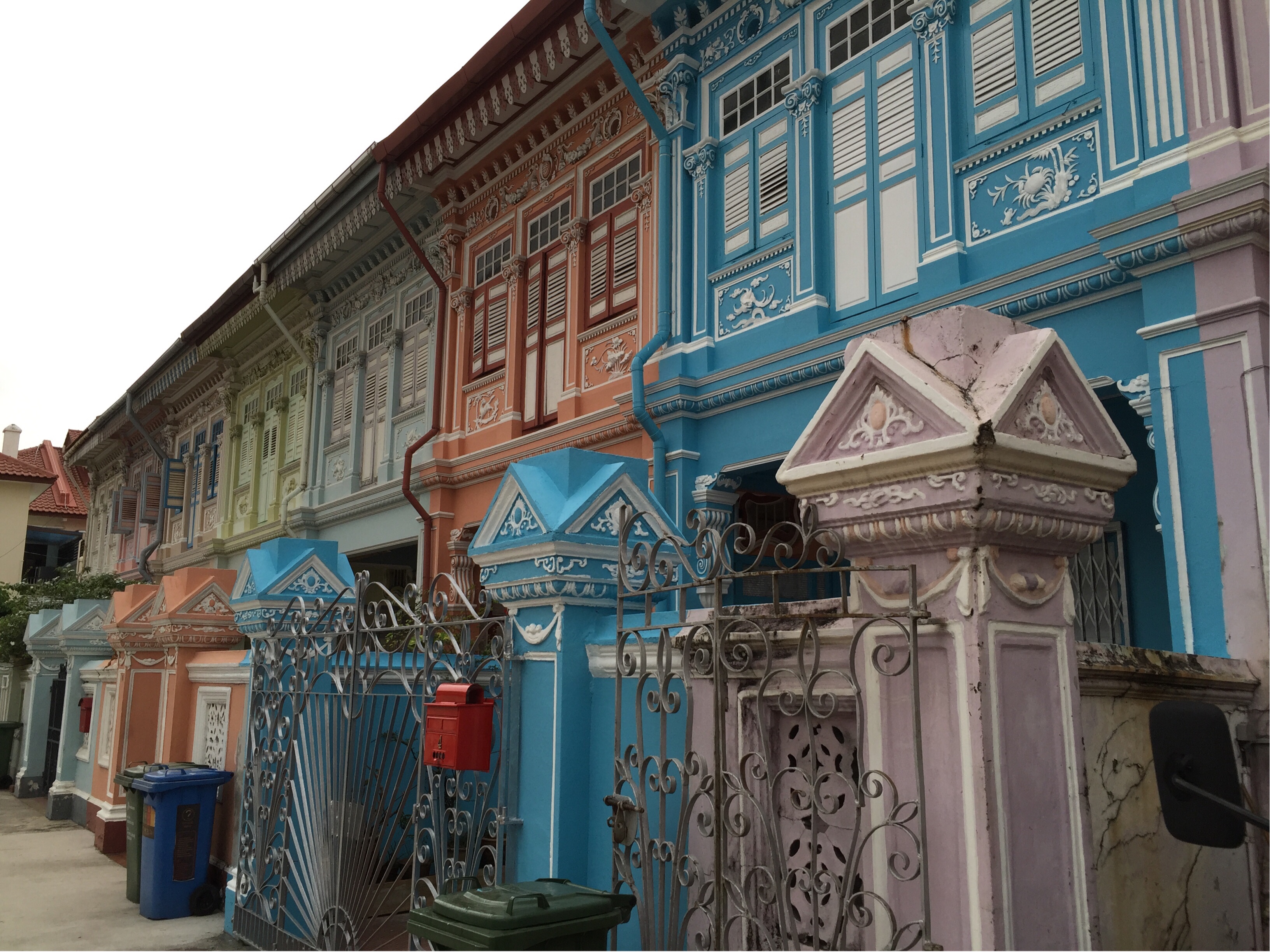 Another night we tried two types of crab which Singapore is famous for, the chili crab and pepper crab. Our favorite of the two was the pepper crab, but the man tou (small bread buns) dipped in the chili sauce were excellent as well. And of course, when in Singapore you must wash down your meal with some more Tiger beer. Unfortunately we still do not posses the highly enviable talent our Chinese counterparts have mastered: putting everything in your mouth and spitting out just the shells. As a result our hands got super sticky and we made a fantastic mess all over the table. Worth it.

Botanical Gardens
David and I agree this is the nicest “free to enter” garden we have ever encountered. This sprawling complex has many different areas to explore all full of several plants we had never or rarely seen before. On a sunny day the lawns are packed with people picnicking, but it still does not get quite as crowded as what we are used to in China. National Orchid Garden
Located inside the botanical gardens, for roughly $5 you can visit the national orchid garden. They have countless different varieties of orchids all in full bloom for you to drool over. This was easily my favorite part of all the gardens we visited. The sheer amount of effort it must take to maintain this garden is astounding. 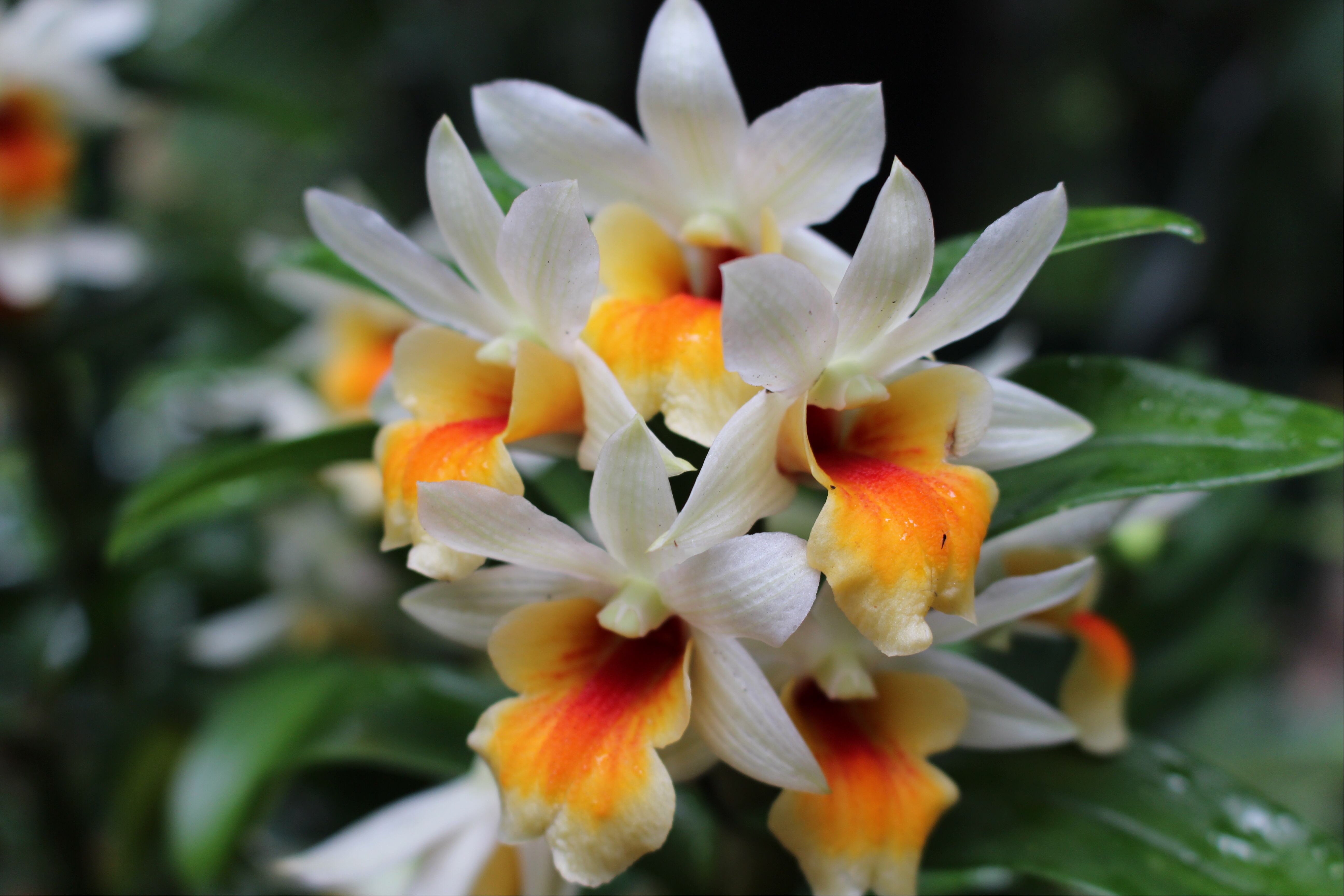 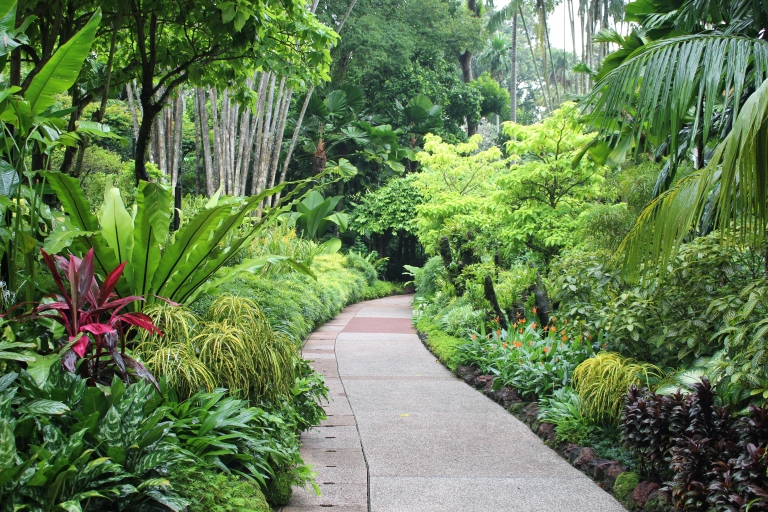 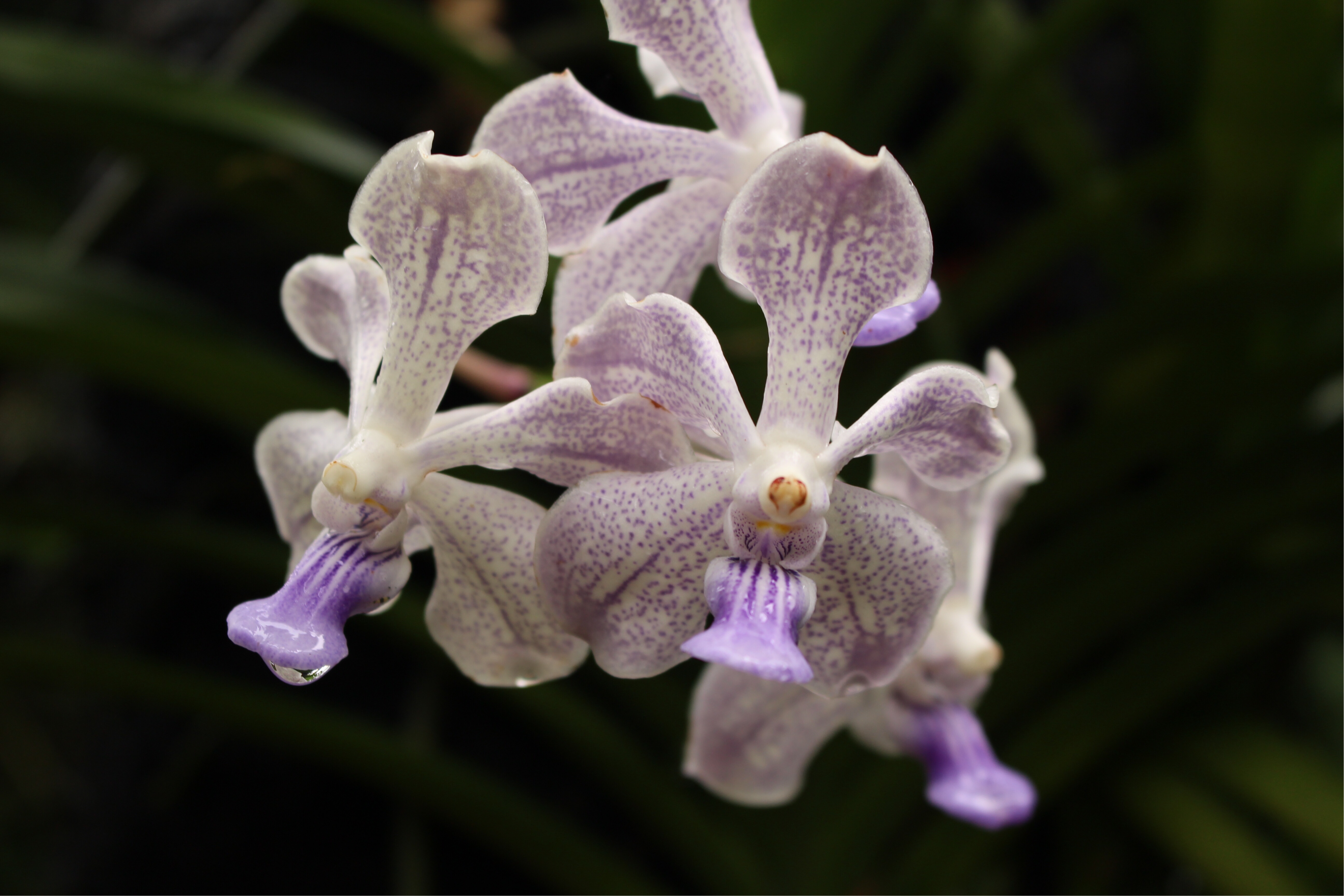 Gardens by the Bay
We thought the night time view with all the lights was the most spectacular part about gardens by the bay. The whole bay area is nice to visit at night for that matter, but we limited ourselves to the garden this time around. The light up trees were designed to be covered in vines and plants, but they did not take to the structures as intended. Instead you see these large lights with metal frames sticking up all over the place. I still think they look pretty cool and they have certainly become an iconic image of Singapore.

The gardens themselves are housed in two large indoor (mercifully air conditioned) domes and display plants from all over the world. They still had some Christmas decorations up when we visited as well. There were a few other sights we missed out on due to our being lazy and wanting to rest a bit, but overall we were satisfied with our quick 4 day visit. I am still amazed at how interesting and good the food was here. I will definitely need to go back for another taste someday.